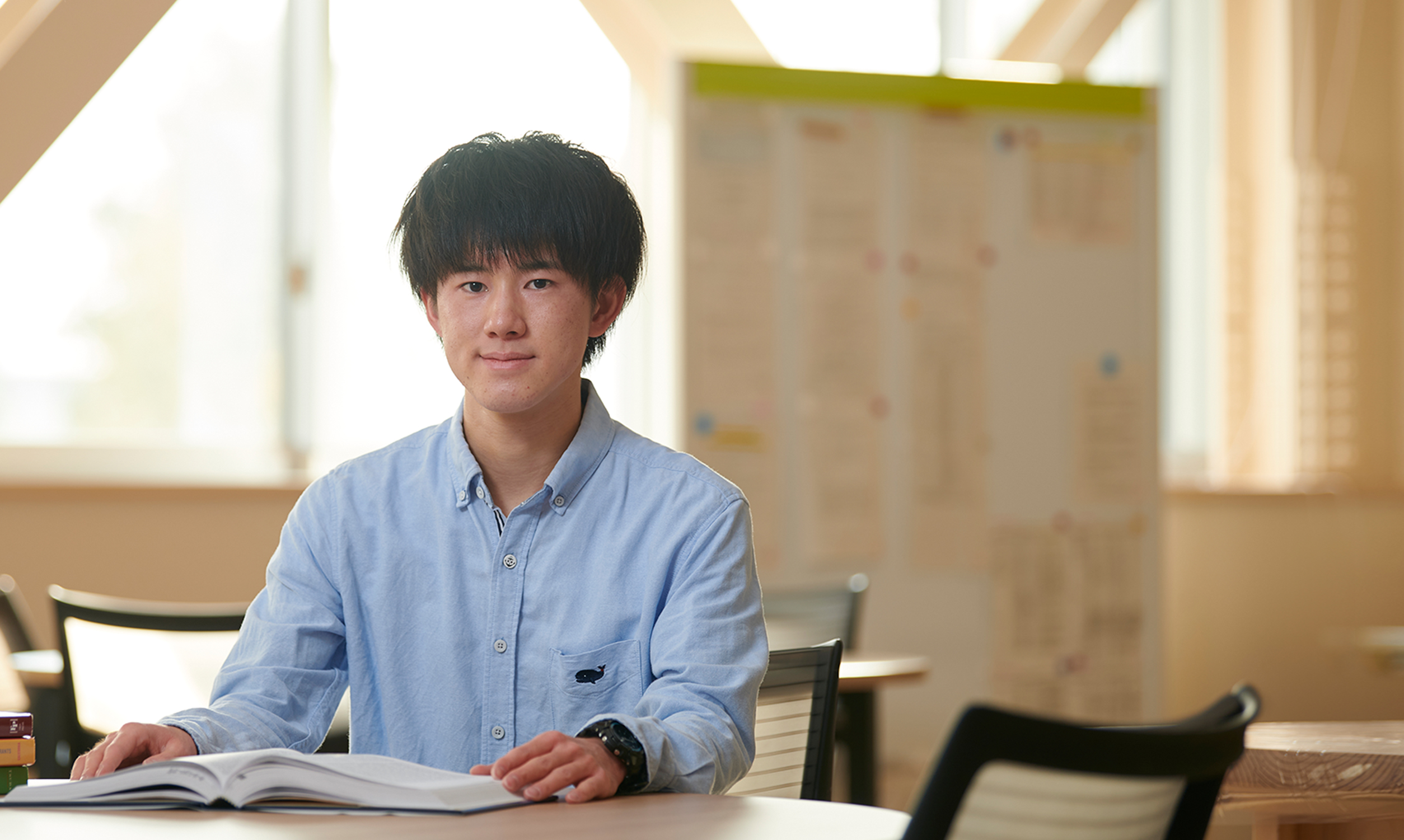 Profile
He is from Miyako-machi, Miyako-gun, Fukuoka Prefecture. He joined the Discovery Program for Global Learners (GDP) in April 2018, the year of its establishment.
His main academic interest is agricultural economics and environmental sociology. At the GDP, students from all over the world study together, enabling him to have an experience like studying abroad while actually in Japan. 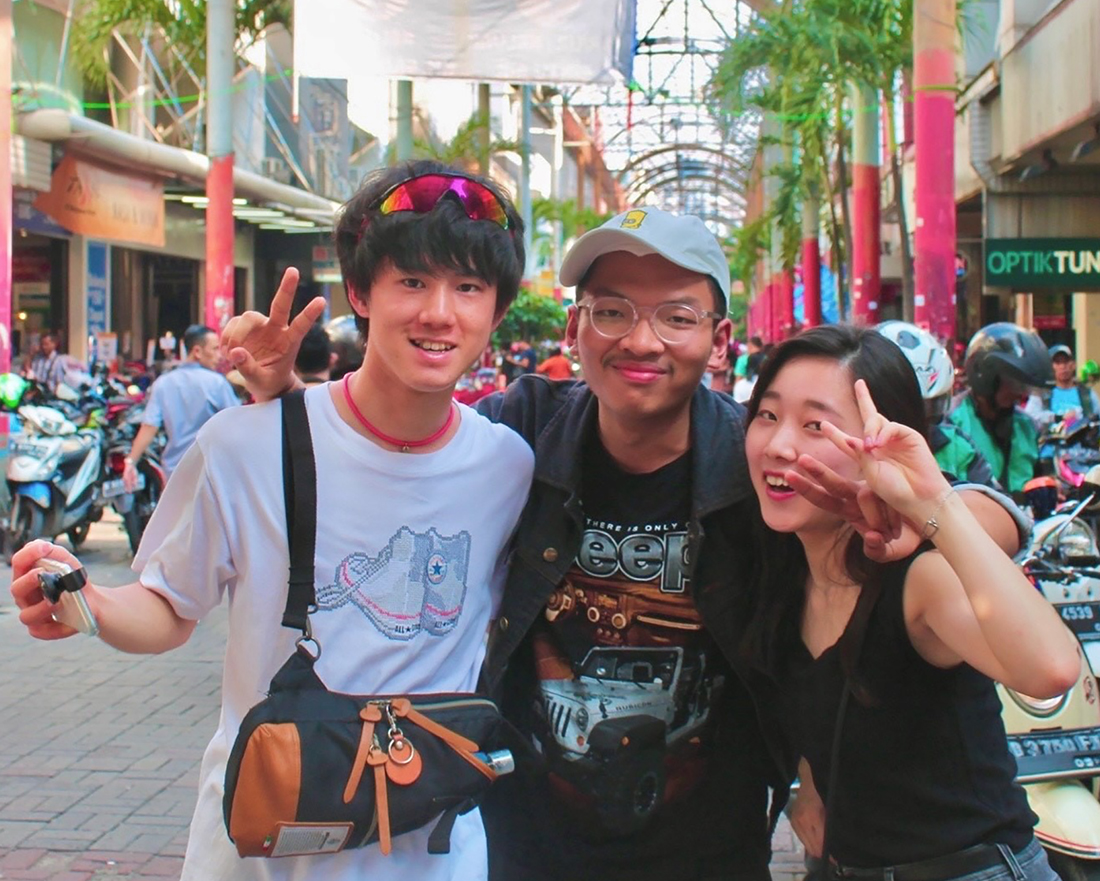 I am a third-year student of the Discovery Program for Global Learners (GDP). At high school, I joined the Super Global High School (SGH) activities, which made me interested in the unique curriculum and learning environment of the GDP.
I think the two key characteristics of the GDP are “interdisciplinary education” and “diversity.” At the GDP, I am studying agricultural economics and environmental sociology, which require a broad knowledge and the ability to think from various viewpoints. Using the GDP’s unique educational system, I took courses offered by other faculties of the university as well as the GDP to study and gain experience in other fields, including agriculture, economics, sociology and cultural anthropology, from the first year at the university.
Another strength of the GDP is the diversity of students. As I was born and raised in Fukuoka, I find it very stimulating to talk with students with different backgrounds and experiences and learn new ideas from them on a daily basis. I often realize that things I take for granted are not always so for others, and that knowledge that seems irrelevant to my life or study can be used for unexpected purposes. It’s a privilege as a GDP student to have these opportunities.
I have seized as many opportunities as possible to gain richer experience as a GDP student. Afterenrollment, I made friends with students from Indonesia and did many things related to Indonesia. For example, when I was a first-year student, I traveled to Indonesia with a GDP student from Jakarta and stayed with him there during the spring vacation. I joined various activities that ordinary tourists never get the chance to do, such as attending Islamic prayers in a mosque. I also visited the Okayama University Association of Indonesians, where I enjoyed real Indonesian food. During the summer months in my first and second years at the GDP, I served as an international student tutor and helped new international GDP students to complete the necessary procedures at the local city office and open a bank account to help them adapt to life in Japan. I have actively participated in such activities since joining the GDP, taking advantage of the privilege of being a GDP student. These experiences have been character-forming, and I will try many more things while at university.
Using the knowledge gained by studying at the GDP, I also took part in programs other than those of the GDP and Okayama University, such as the International Student Conference (ISC) and a survey in the northern part of Okayama Prefecture.
At the ISC, I discussed the problem of ocean plastic pollution with students from around the world and made policy recommendations together. While I joined many discussions at the GDP, those at the conference were exciting in a different way. I am also glad that the knowledge and diverse views I had acquired at the GDP helped me greatly in these high-level discussions.
In a survey conducted in the former Aba Village in the northern part of Tsuyama City in Okayama Prefecture, I learned about the realities of community development in the area as well as traditional woodcraft from a craftsman called kijishi (woodturner). What I learned about Japanese local communities, as well as international activities, have been very helpful in my current studies. Above all, I like practical out-of-classroom studies and hope to use that experience in such studies in my graduation research.